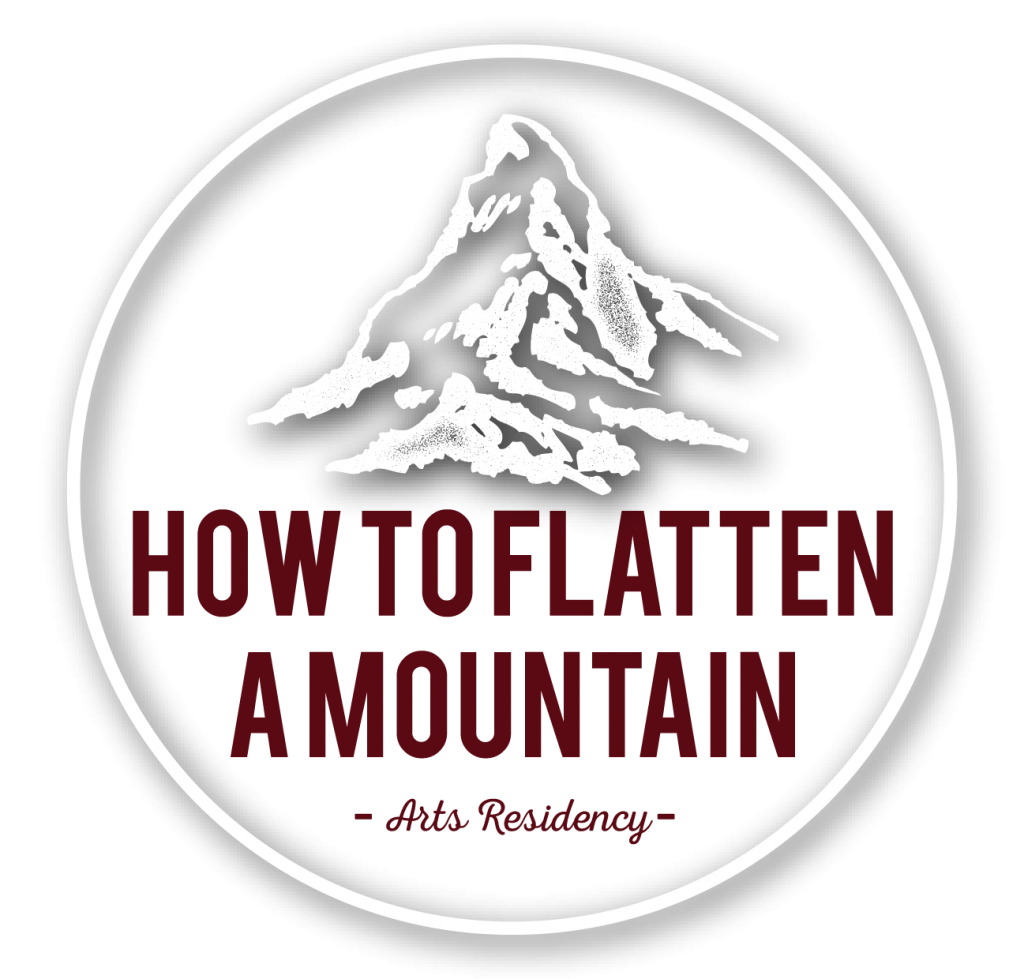 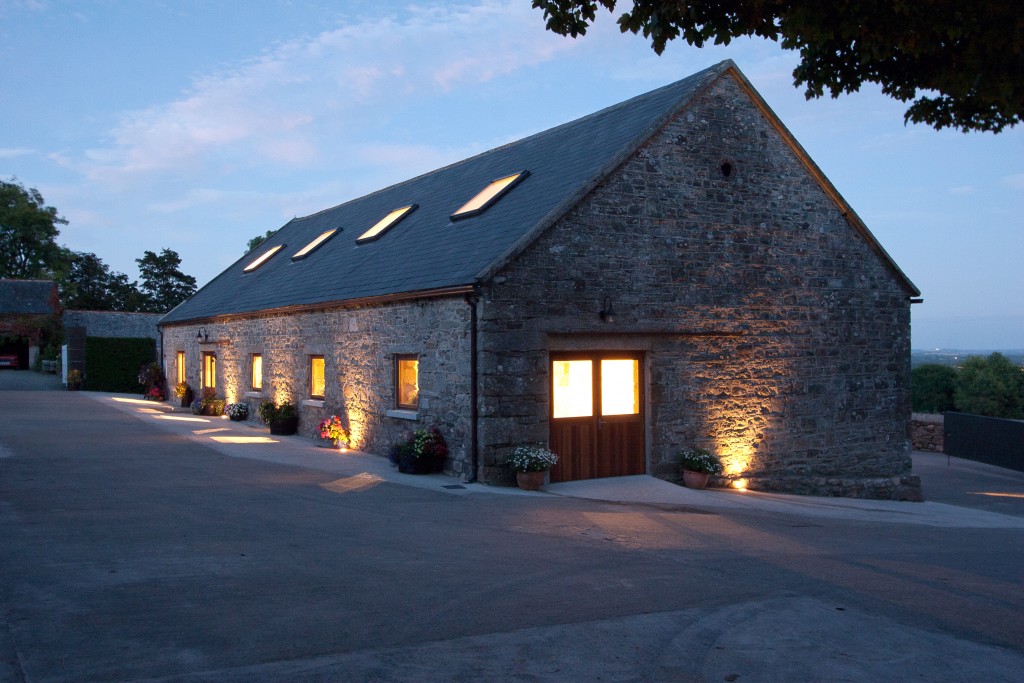 HOW TO FLATTEN
A MOUNTAIN

A dynamic group of curators and creative practitioners have been assembled to lead a series of day long projects, discussions and critiques resulting in new works and an exhibition to be presented at Rathfarnham Castle, Dublin during PhotoIreland Festival 2016. 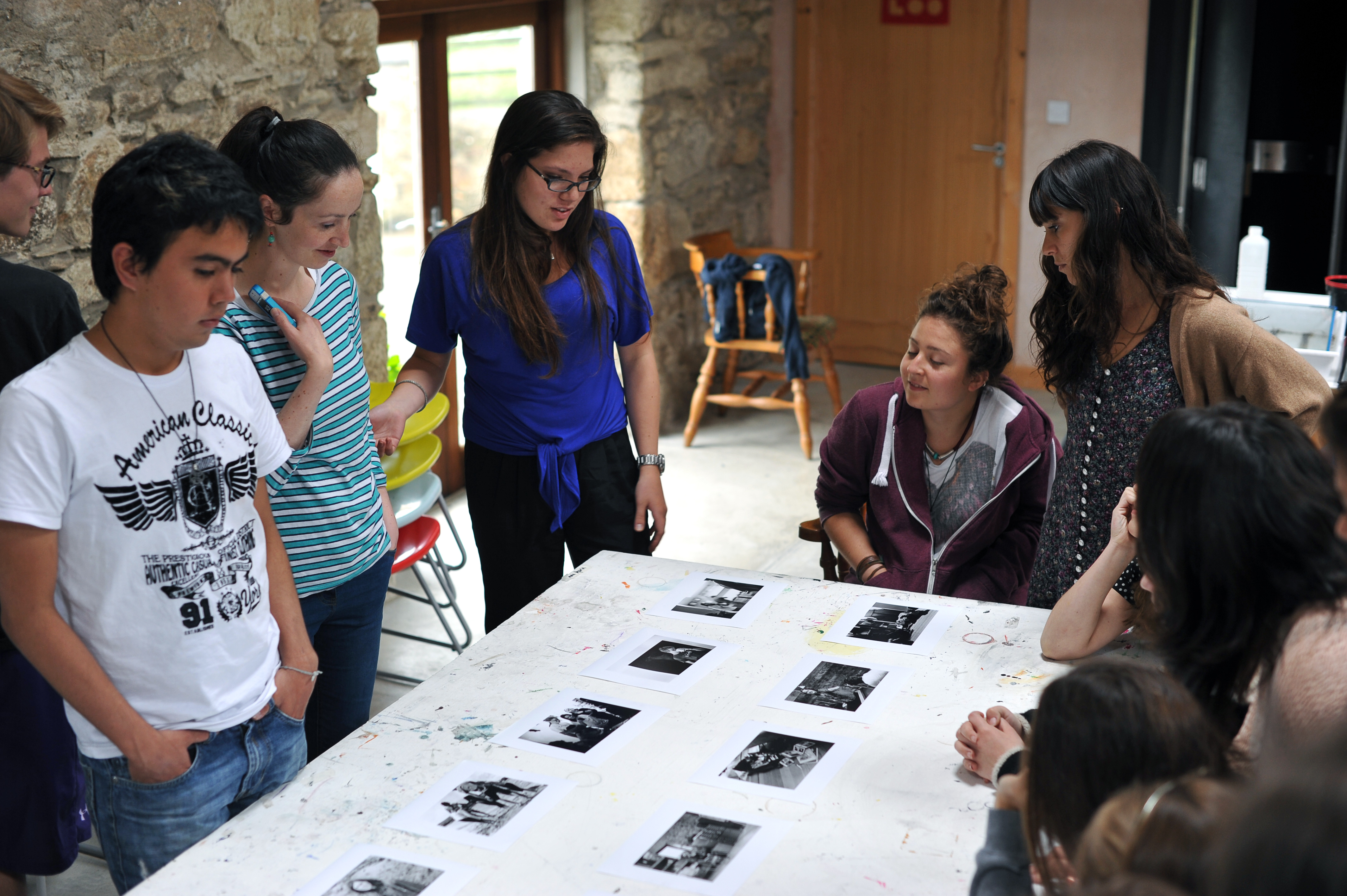 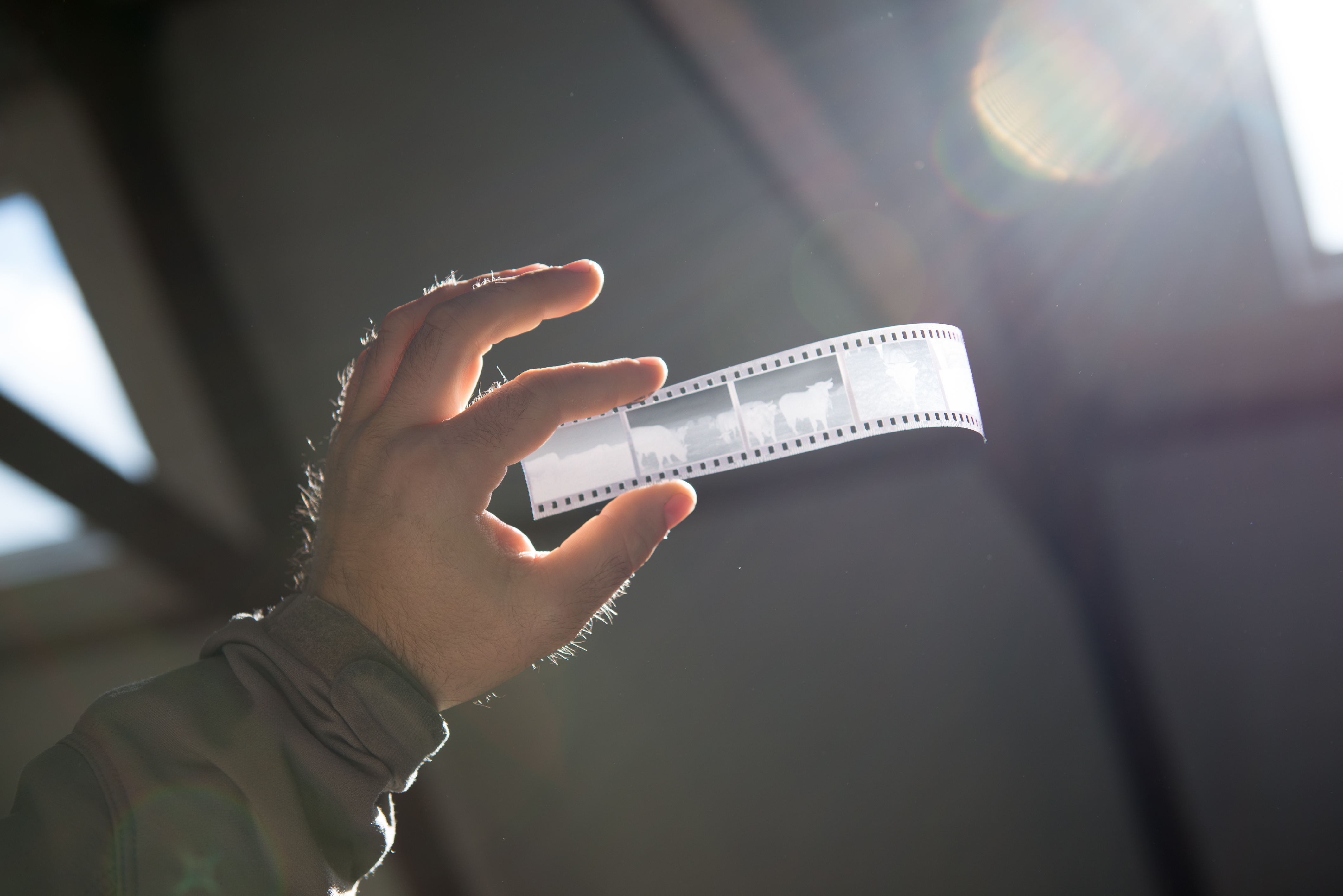 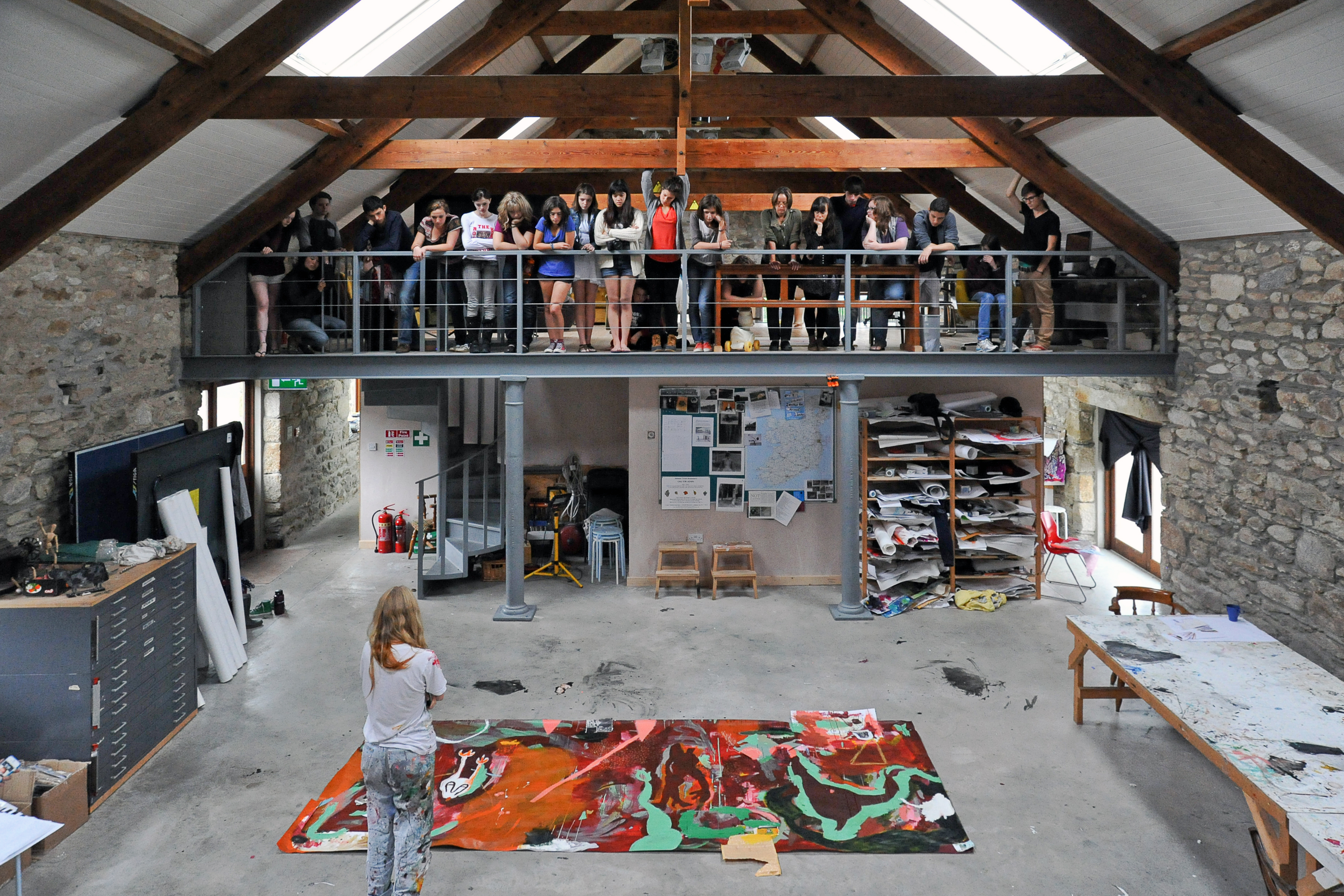 How to Flatten a Mountain is a residency open to emerging and mid career visual artists whose practice in whole or part, makes use of digital or analogue photographic processes. Applicants must be 20 or older and may be enrolled in third level or graduate degree programmes. Applicants should be sure to present a cohesive body of recent work along with accompanying artist statement.

The aim of this 10 day residency is for participating artists to explore possibilities outside their core practice, work collaboratively and produce a cohesive exhibition/publication of work to be presented at PhotoIreland Festival 2016. 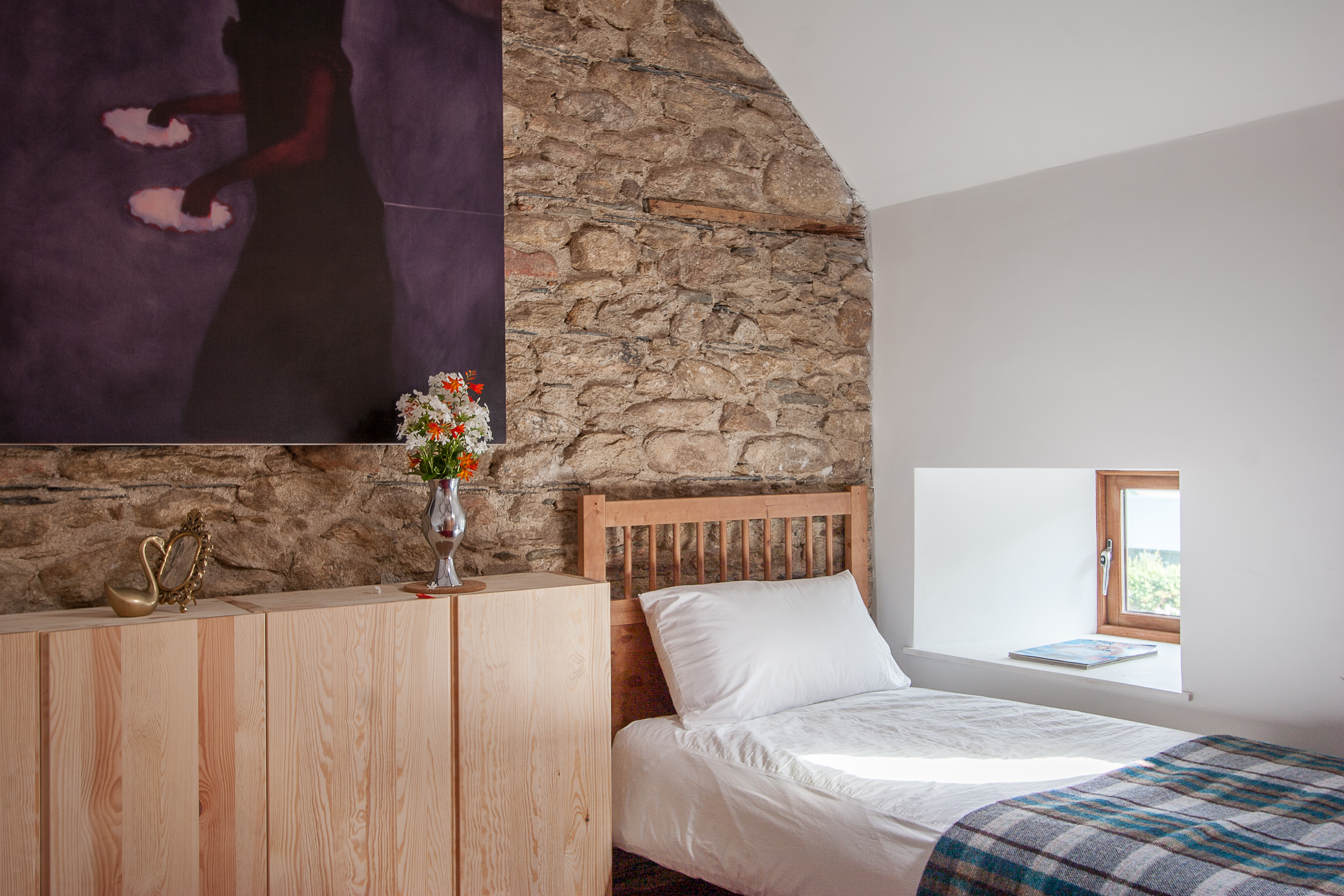 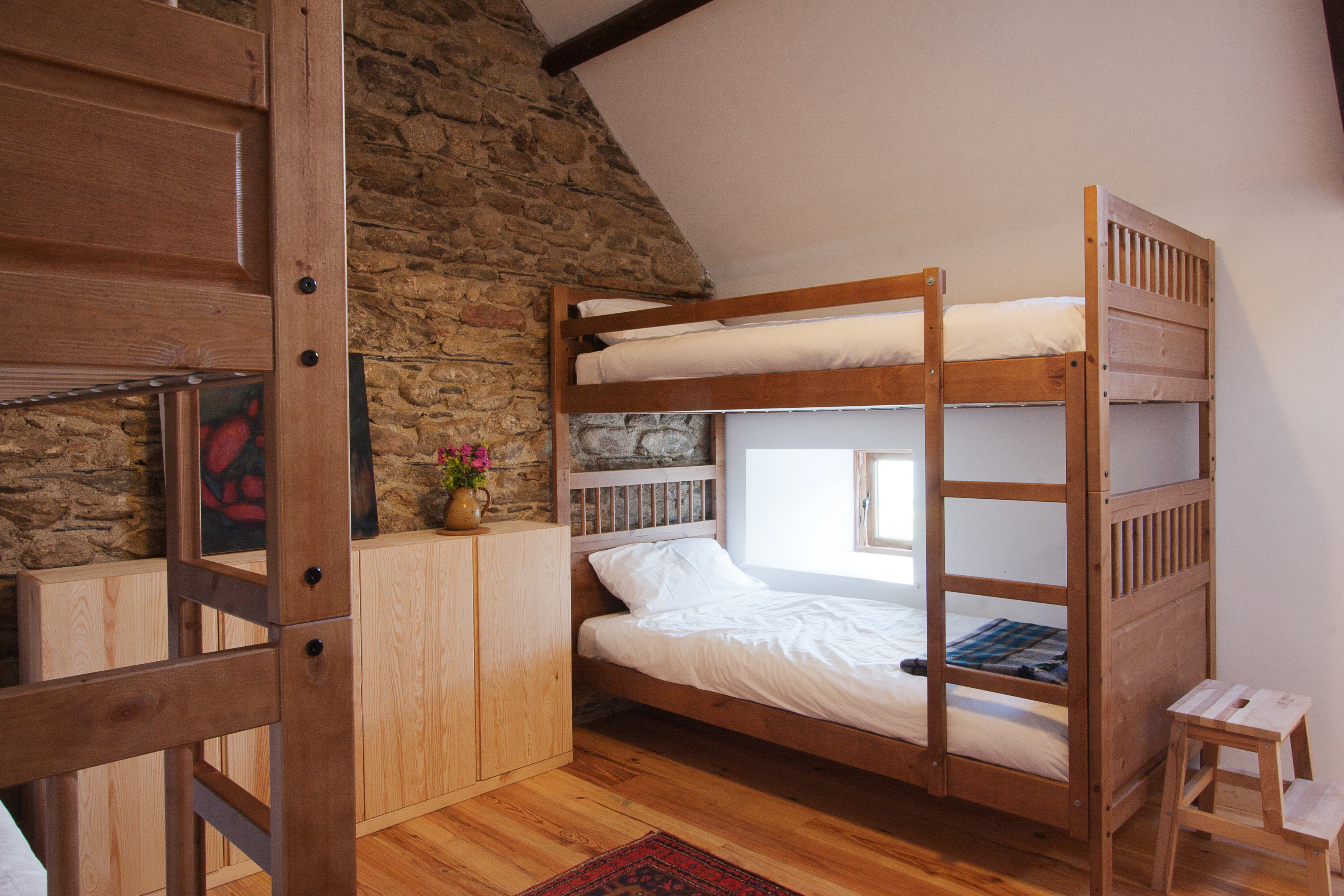 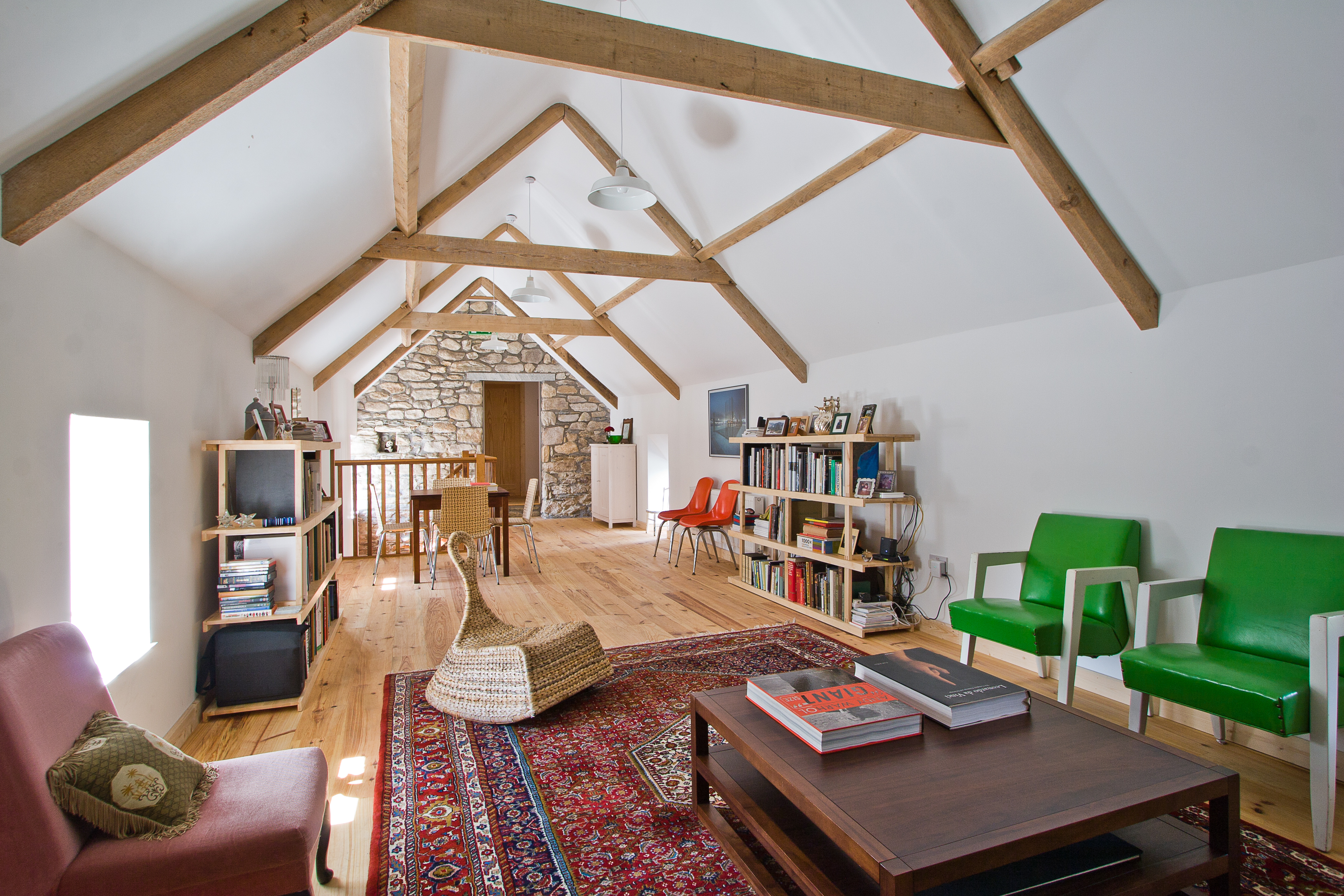 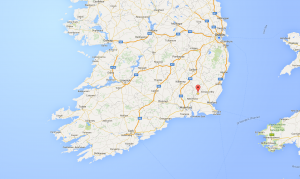 The residency project will take place at the fabulous Cow House Studios, Enniscorthy, Co Wexford, Ireland. It is open to up to 12 local and international participants. The cost of the 10 days residency is €750 and it includes:

During the residency, the participants will take active part in a series of workshops led by guest facilitators Karl Burke, Mark Curran, Paul Gaffney, Miriam O’ Connor, and Luna Dolezal & Fiona Hallinan. As a group, you will be sharing ideas, making work, processing, printing, editing, etc., as needed, always working in collaboration. Each facilitator brings to the residency new challenges and new opportunities for your practice.

The group will take a one-day trip to Dublin, for an organised visit to selected exhibitions and to meet with curators and artists. Exploring the local area around Cow House Studios, adjacent mountains and forests will also be part of the experience.

Throughout the residency, the participants will work together with the project coordinators on all the practical and theoretical steps towards producing an exhibition/publication of work to be presented at PhotoIreland Festival 2016.

Note that flights and airport transport are not covered. 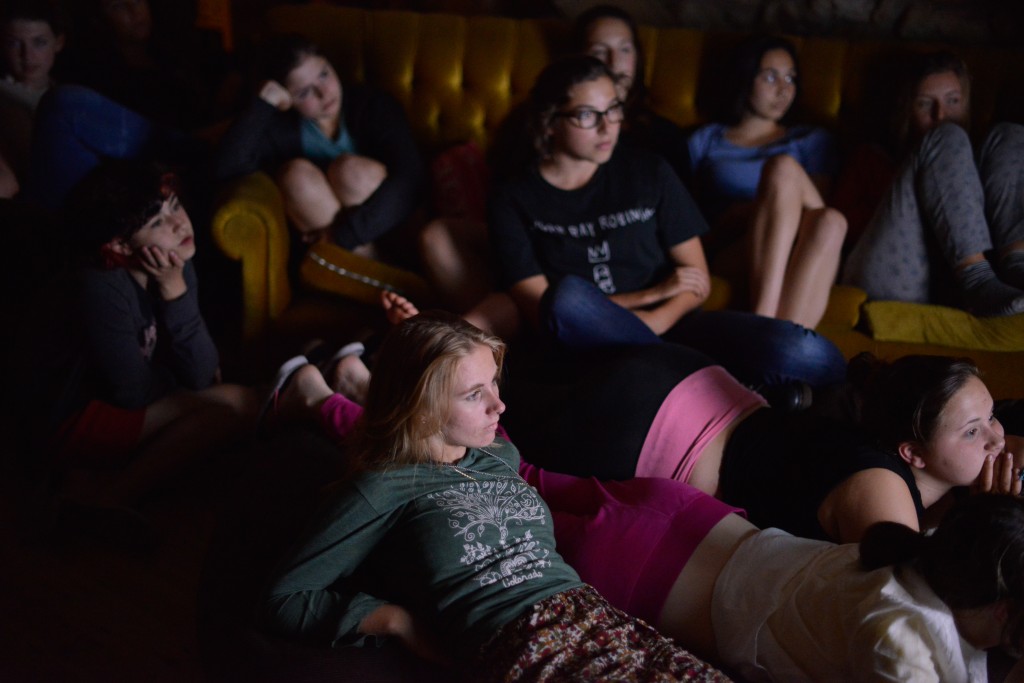 Ángel Luis González Fernández is the founder and Director of PhotoIreland, an organisation that promotes a critical engagement with Photography, and celebrates every year in Dublin an international photographic festival for the whole month of July. In 2011 he launched ‘The Library Project‘, a publicly accessible collection of publications about photography, whose holdings are currently in excess of 1200 items from 220 publishers worldwide.

The Library Project venue, right at the heart of Dublin City centre is, additionally, an exhibition space. Angel has been a portfolio reviewer at such festivals as Les Rencontres d’Arles in France, Format (UK) and Encontros Da Imagem in Portugal. Under the auspices of PhotoIreland he published ‘Martin Parr’s Best Books of the Decade’ in 2011, and ‘New Irish Works’ in 2013. He has designed books for Irish photographers such as Miriam O’ Connor and David Farrell. Ángel won the David Manley Entrepreneur Award in 2011. He is a contributor to the forthcoming edition of Landskrona Foto 2016, focused on Irish Photography, and where PhotoIreland will exhibit Greetings From Ireland.

Kate Strain is a Dublin-based curator researching the overlap between performance and performativity in visual arts practice. Throughout 2016 she is the curator-in-residence at Cow House Studios, Rathnure, County Wexford. She has worked in a curatorial capacity at Project Arts Centre, Dublin; Butler Gallery, Kilkenny, and independently. She has also lectured for MA Art in the Contemporary World at the National College of Art and Design, Dublin. Strain holds an MA in Visual Arts Practice, Dun Laoghaire Institute of Art, Design and Technology, and a BA in the History of Art and Architecture, and History, Trinity College Dublin. She was a participant of the Young Curators Residency Programme at Fondazione Sandretto Re Rebaudengo, Torino (IT) in 2015, and of de Appel Curatorial Programme, Amsterdam (NL) in 2013/14.

Current curatorial projects include On Curating Histories, a generative research project and lecture series that mines the history of curating; The Centre For Dying On Stage, a roving research and commissioning body that investigates ideas around death and performance; and the Department of Ultimology, a practice-based research office established at Trinity College Dublin, in collaboration with Fiona Hallinan, to explore endangered and extinct subjects within academic disciplines across the university. Strain makes up one half of the paired curatorial practice RGKSKSRG working alongside Rachael Gilbourne to commission and contextualise contemporary art. Recent exhibitions include The Re-appropriation of Sensuality, a solo exhibition by Emma Haugh at NCAD Gallery, Dublin, and the related live production This is Public and Sexy, at St Andrews Community Centre, Rialto, Dublin. RGKSKSRG are currently working with Cow House Studios to curate I like to eat with my hands, the international residency and forthcoming exhibition at Wexford Arts Centre.

Frank Abruzzese is Co-Director of Cow House Studios along with his wife Rosie O’Gorman, which they established together on her ancestral home in 2008. As an artist Frank has exhibited his work extensively including the recent exhibitions HALFTONE, The Library Project, Dublin, 2015, 185th Annual Exhibition, RHA, Dublin, 2015, Fauna, Smith Andersen North Gallery, San Anselmo, CA, 2014, Live Load, Wexford Arts Centre, Wexford, 2014, and Adhocracy, Istanbul Design Biennial, Istanbul, Turkey, 2012. His work has been published by Domus magazine and San Francisco Magazine and is part of the permanent collection of the Office of Public Works, Ireland. Frank has curated the exhibitions Give Way, Wexford Arts Centre, 2015, Forest, Wexford Arts Centre, 2014, They all came down from the mountain when they heard the good news, Monster Truck Gallery, Dublin & Wexford Arts Centre, Wexford, 2013 and Trace, Diego Rivera Gallery, San Francisco, CA, 2003. Frank is a dedicated educator and as the photography instructor at Cow House, has a keen interest in a multidisciplinary, ideas-based approach to working with students. Frank obtained his BA in Moving Image Arts from the College of Santa Fe, NM in 2000, and his MFA from the San Francisco Art Institute, CA in 2004.

Frank Abruzzese’s working methods are experimental and process driven. He is drawn to subjects that are both familiar and often overlooked, and uses photographic techniques to transform the mundane into something extraordinary or ambiguous. He investigates how subjects might collide with traditional interpretations of the landscape, architecture or portraiture, and how these expectations can be met through alternative means. His use film selection, exposure and digital techniques make small incursions into perceptions of photography’s assumed role as factual document. 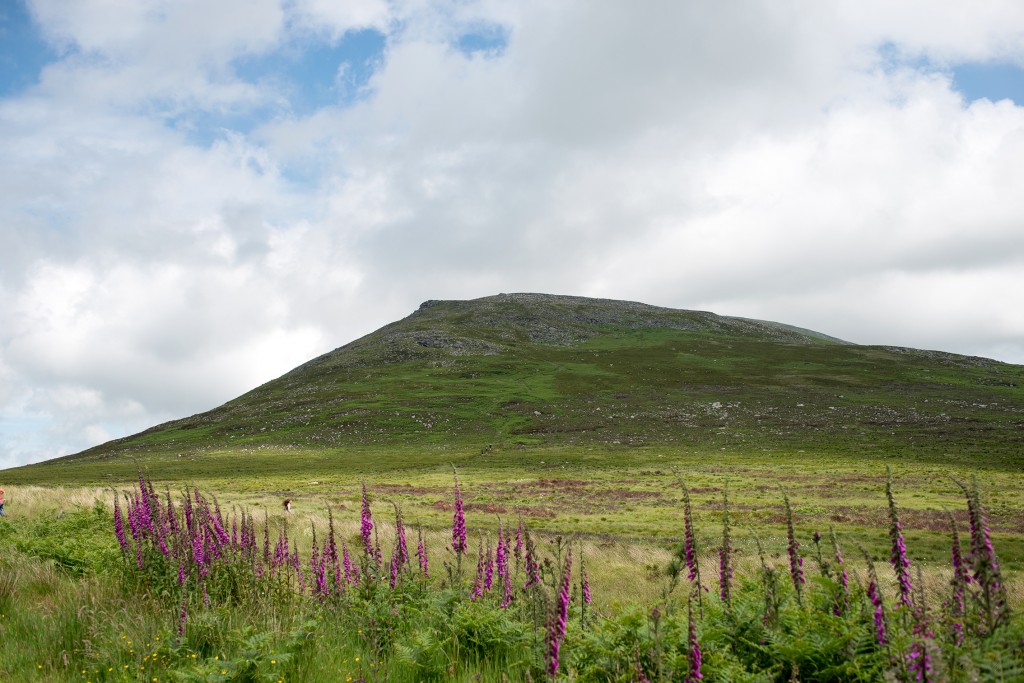 Karl Burke is an Irish artist and musician. He has exhibited widely in Europe and North America in numerous galleries and museums including the Irish Museum of Modern Art, Hugh Lane gallery, Project Arts Centre, the Mac, Maria Stenfors gallery, Serpentine and the Mattress factory. Most recently Karl had a solo exhibition in the Royal Hibernian academy. Karl’s practice is primarily concerned with perceptions, both emotional and physical, of our three dimensional world, and takes the form of sculpture, installations, photographs, video and sound. A site-specific practice, subtle but logical sculptural interventions offer the viewer the opportunity to reassess and acknowledge the world that surrounds us. Logic and the scientific, interplay with nature to question space, place and perception, affirming the role of the viewer in the construction of environment.

Karl’s work and practice draws out a certain inbetween-ness in the potential in forms of space and place, to assert the present and make concrete the now. Karl also produces music and has released one album to date called “Electronic Lament“. He has also produced a number of soundtracks for theater, working with the Dublin based company’s Loose Canon and the Broken Talkers. Film and video art soundtracks include working with artists Martin Healy, Clodagh Emoe, Aoife Desmond and Mark Garry. His music has also been included in a number of films by Pat Collins namely ”What we leave in our wake” and “Silence”.

Paul Gaffney is currently undertaking a practice-based PhD in photography at the University of Ulster in Belfast. His research is aimed at developing a meditative approach to landscape photography, and explores how the act of image making can enable and disrupt a sense of connection with one’s surroundings. Drawing on Arnold Berleant’s theory of a ‘participatory approach’ to landscape, in which the artist, environment and viewer are considered to be in continuous dialogue with each other, Gaffney’s practice proposes to communicate an experience of immersion in nature to the viewer.

Gaffney’s first self-published photobook, We Make the Path by Walking, was nominated for the Photobook Award 2013 at the 6th International Photobook Festival in Kassel, shortlisted for the European Publishers Award for Photography 2013, and selected for several ‘Best Photobooks of 2013’ lists, including Photo-Eye and The British Journal of Photography. The work was also presented as solo exhibitions at Oliver Sears Gallery (Dublin), Flowers Gallery (London), Ffotogallery (Cardiff) and PhotoIreland Festival 2013 (Dublin), and in several group shows in the United States, UK, South Africa, Ireland, Italy and China.

Miriam O’ Connor is a Cork-based Irish artist. In her practice she draws inspiration from the language, sights and sounds of the everyday. She is concerned with the subtleties of looking and seeing, relationships between camera and viewer and the special ambiguity of still images. Rather than providing answers, O’ Connor work often poses questions, while her images are playful and curious in approach. She holds a BA in photography from Dublin Institute of Technology, and completed a Research Masters at the Institute of Art, Design & Technology, Dun Laoghaire in 2011. Her work has been featured in a wide range of photography publications and she has exhibited in solo and group shows in Ireland and internationally. In 2012, PogoBooks, Berlin and Galleri Image, Denmark published her first photo book Attention Seekers. The same year, she received the Alliance Française Photography Award, for her project The Misbehaving Camera, which included a residency at Centre Culturel Irlandais, Paris. She has had solo shows at Galleri Image, Denmark, The Third Space Gallery, Belfast, and in ‘THERE THERE’, Cork, curated by Stag and Deer. She was a nominee for the Leopold Godowsky, Jr. Photography Awards and produced her second photobook, The Legacy Project, an arts commission by The National Women’s Council of Ireland in 2013. In conjunction with Galleri Image, Denmark, she has recently produced new work for FRESH EYES – International artists rethink Aarhus, which will be exhibited during Aarhus Capital of Culture, 2017. Her work is held in public and private collections.

Luna Dolezal and Fiona Hallinan run Fraoch Retreats, yoga weekends and events in unique locations in Ireland. On the retreats, Luna teaches yoga and Fiona makes the food. Alongside their individual professional practices as, respectively, academic researcher and artist, Luna and Fiona have worked together since 2010. The retreats set out to be approachable, affordable and open to all levels, with restorative food and a laid-back atmosphere. 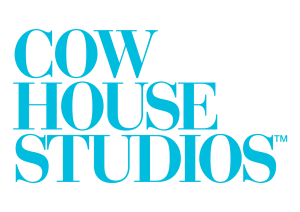 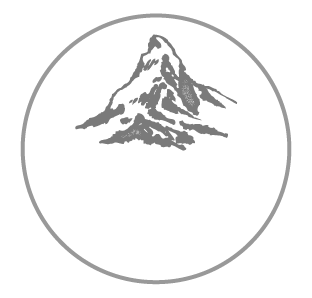 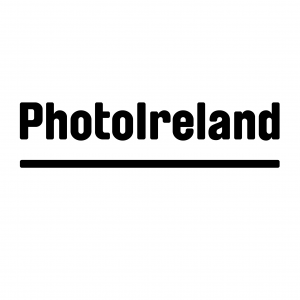 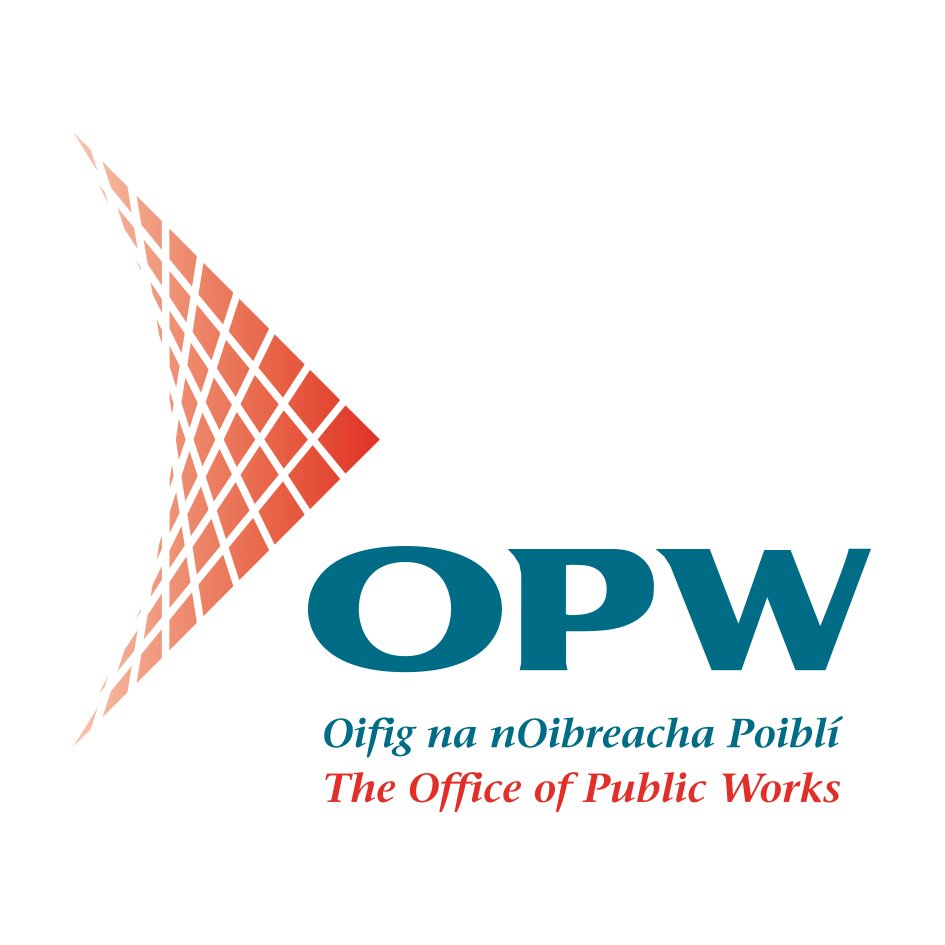 With the kind support of the staff at Rathfarnham Castle and The Office of Public Works. 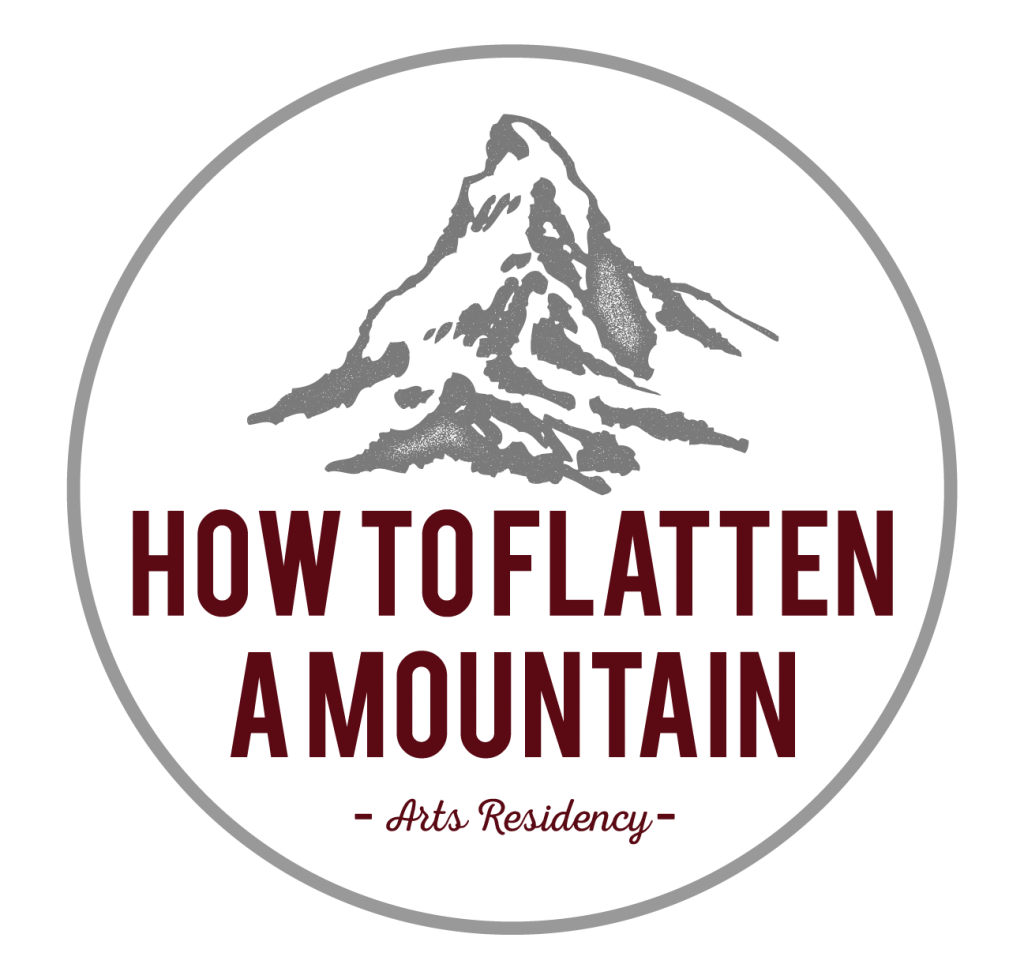 © 2016—2020 HOW TO FLATTEN A MOUNTAIN.An Arts Residency by Cow House Studios & PhotoIreland.
Become our patron →